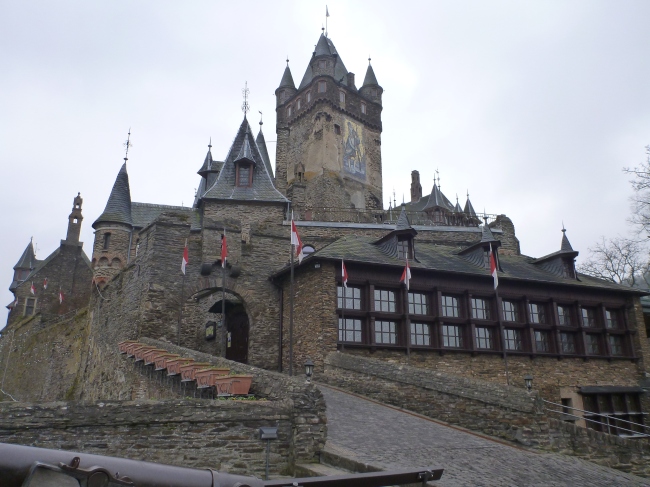 Back at the end of February, I took a trip to Germany, a short trip – 6 nights, 7, including the transatlantic flight over to Dusseldorf.  It was my first trip to Germany and my trip companions were my husband and grown son.  So, since there were men involved and we were going to be in Germany — cars had to be on the itinerary!  And since it was Germany – well, castles had to be on the itinerary as well.

So, hence the theme of the trip: “Castles and Cars”. So, why did we go during winter?  Well, a deal on airfare and the timing worked for all three of us.  But, as we discovered, we want to go back – to see more of the country and to experience Germany during the Spring or Summer.